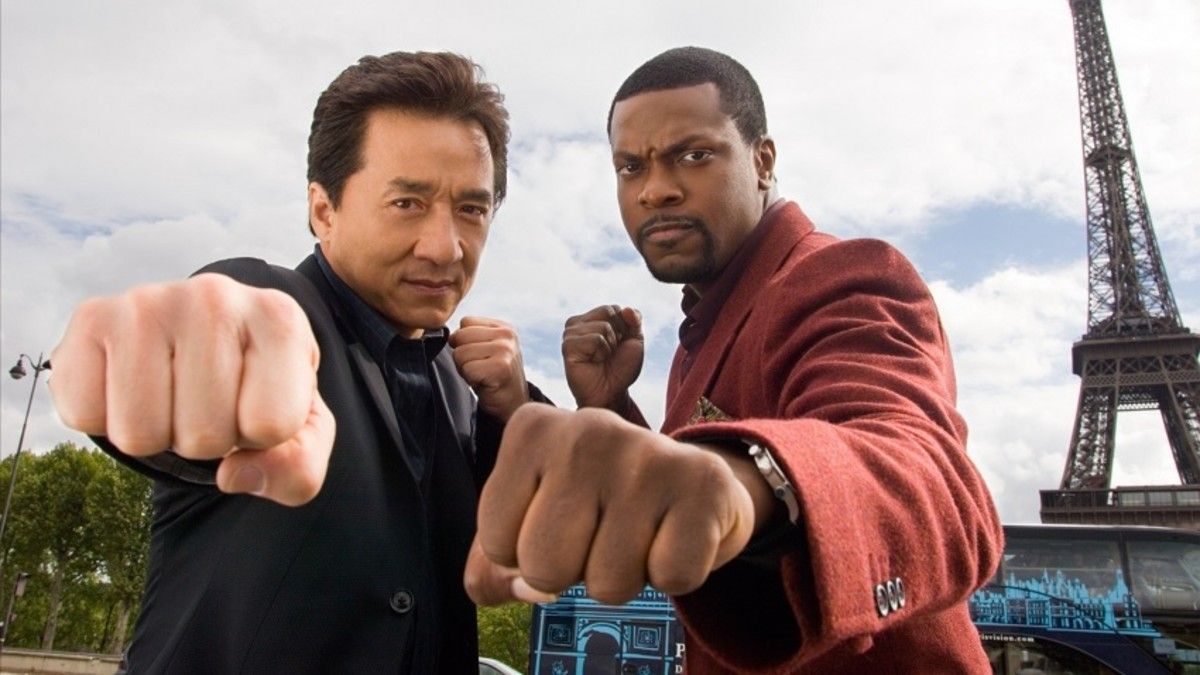 Jackie Chan is one of the world’s most loved and recognizable actors. The 63-year old who hails from Hong Kong has been acting since 1962, and in that time has gained recognition for not only his actual skills as an actor, but for his martial arts too. Plus there is the admirable fact that he doesn’t use a stunt double. Chan is widely regarded as one of the greatest actors of all time, especially from Asia and is well known for his great sense of humor.

Chan has been involved in some great films over the years that include the likes of The Foreigner, Police Story, Drunken Master and The Legend of the Drunken Master; but you could say that he is most well-known for his work alongside Chris Tucker in Rush Hour.

These are action movies that really helped to propel Chan into the limelight and they showed just how great an actor he is, especially with his on-screen relationship with Tucker.

The actor has provided the inspiration for other Asian actors, TV series, martial arts films and even online casinos. Movies are a great inspiration for casino games and many big operators always notice a spike in online slot activity on games like Bruce Lee Dragon’s Tale, anytime a Jackie Chan movie is released.

Rush Hour tells the story of two police officers, played by Chan and Tucker, who are as mismatched as cops could be. The original film sees them set about trying to rescue the Chinese consul’s daughter who has been kidnapped. Rush Hour 2 sees the duo attempting to bust a Triad counterfeit scam, while the third installment sees them trying to stay one step ahead of a group of Chinese gangsters as they go hunting for a powerful crime lord.

There have been some unforgettable scenes in the Rush Hour series too. There’s one incredibly funny one in a casino in Rush Hour 2 where Chris Tucker is at the table arguing with the croupier in a remarkably gut-busting funny way. It’s great for the storyline too, as Tucker causes a great diversion allowing Chan to press ahead with their plans inside the casino. One of the most memorable scenes is at the beginning of Rush Hour when Chan steps off the plane and is greeted by Tucker.

It comes as no surprise really just how popular the Rush Hour series is, especially with so many funny moments packed into each film. Chan and Tucker share a great on-screen relationship, even though the two are playing very different characters they work really well together and give the audience movies that are literally packed full of laughter. Rush Hour 4 is said to be on the way in the future and it will certainly be great to see the cop duo reunite for another adventure.

Whether it’s in Rush Hour or one of the many other films that Jackie Chan has been involved in, you know it’s always going to be a great watch with a lot of laughs along the way. Chan is adored by millions around the world thanks to his kind and friendly nature and that really comes across in the movies that he stars in. He’ll go down as one of the greatest of all time and rightly so.