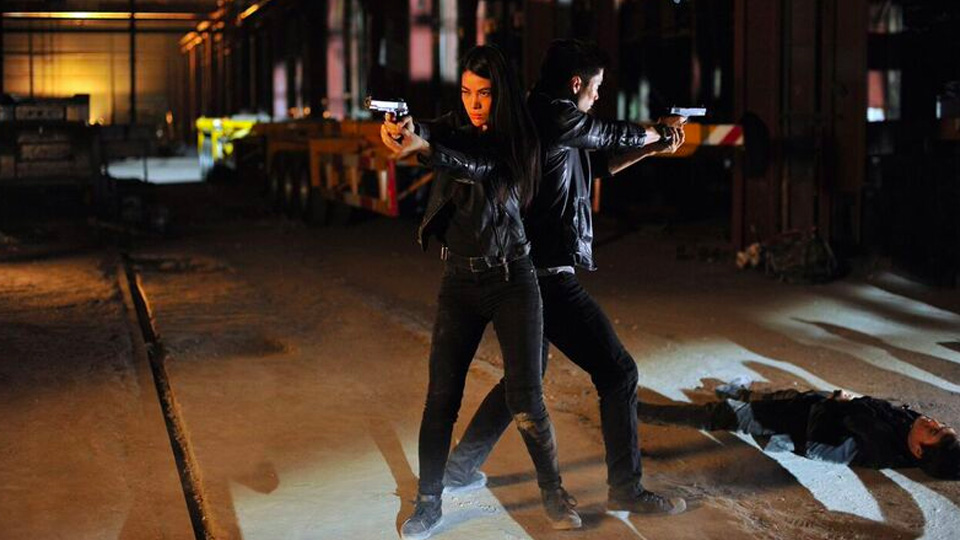 So far Vietnamese action cinema was presented by Johnny Tri Nguyen but here comes the word from Trung Ly and Maria Tran, they present us their hi-octane film Tracer (Truy Sat), the flick about detective is on the hot and vengeful trail of a criminal kingpin.

Maria Tran, by the way, won a Breakout Action Actress award at the 2013 Action on Film International Festival.

Directed by Cuong Ngo and choreographed by Trung Ly, movie tells a story about a policewoman whose family is murdered. She is determined to avenge their deaths and is helped an undercover cop, who has just dealt with a bank robbery gone awry for the robbers and the cops alike.

Film was shot by the Australian cinematographer Ross Clarkson, whose own credits include Replicant, The Eagle Path and Isaac Florentine’s Ninja and Undisputed movies.

This movie also featuring Mike Leeder, the man who plays in a heavyweight division of Asian movie business. I just interviewed him and he shared a lot of interesting insights on Asian movies so don’t forget to read it.

So get ready to meat new Lady Dragon from Vietnam! She uses sword, guns, fists and even bow with arrows against her enemies! It’s going to be tough, lethal and no mercy!

Truy Sat is set for release by CJ Entertainment on April 24.

Check out the trailer below: