The Woman Knight of Mirror Lake

Herman Yau, directors of the LEGEND IS BORN IP MAN movie, presents his latest film which will be released in China in August during the last part of their summer season.

I do not know how you guys, but I was not impressed and not going to watch this movie, I can believe in Cynthia Rothrock, but not in this stuff. LOL

Here is the trailer for The Woman Knight of Mirror Lake.
[youtube]HMSKEwQMucg[/youtube]

Qiu Jin (November 8, 1875 – July 15, 1907) was a Chinese anti-Qing Empire revolutionary, feminist and writer. She was executed after a failed uprising and today is considered a hero in China.
Born in Minhou, Fujian Province, Qiu grew up in Shanyin Village, Shaoxing Subprefecture, Zhejiang Province. Married, Qiu found herself in contact with new ideas. In 1904 she decided to travel overseas and study in Japan, leaving her two children behind. She was known by her acquaintances for wearing Western male dress and for her left-wing ideology. She joined the Triads, who at the time advocated the overthrow of the Qing dynasty and return of Chinese government to the Chinese people. She joined the anti-Qing societies Guangfuhui, led by Cai Yuanpei, and the Tokyo-based Tongmenghui led by Sun Yat-sen. She returned to China in 1905.
She was an eloquent orator who spoke out for women’s rights, such as the freedom to marry, freedom of education, and abolishment of bound feet. In 1906 she founded a radical women’s journal with another female poet, Xu Zihua, in Shanghai. In 1907 she became head of the Datong school in Shaoxing, ostensibly a school for sport teachers, but really intended for the military training of revolutionaries.
After an uprising led by her cousin Xu Xilin failed in July 1907, Qiu was arrested in her school. She was tortured by Qing officials in order to make her reveal secrets but did not succumb; a few days later she was publicly executed in her home village, Shanyin, at the age of 31.
Qiu was immortalized in Republican China’s popular consciousness and literature after her death. She is now buried beside West Lake in Hangzhou. The People’s Republic of China established a museum for her in Shaoxing City. 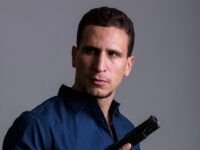